Year upon year, the number of Montessori schools in Virginia is steadily growing as more and more educators switch on to Dr. Maria Montessori’s revolutionary education methods.

The Montessori Association for Virginia describes Montessori as ‘Everything you think a school should be.  It is an education that considers the whole child – the intellectual, social, emotional being.’  To be honest, it’s difficult to imagine who wouldn’t want that for their child, isn’t it?

Pretty words aside, a recent study found that a Montessori education offers significant advantages to students in later life.  Among a study of a group of 5 year olds, the study proved that Montessori students were significantly more prepared for elementary school in terms of reading and math skills than non-Montessori educated children.

An all round education

Professor Lillard who was in charge of the study said that, of the results, ‘Particularly remarkable are the positive social effects of Montessori education as well as the ‘executive function’ – the ability to adapt to changing and complex issues and problems.’

“We found significant advantages for the Montessori students in these tests for both age groups,” Lillard said. “Particularly remarkable are the positive social effects of Montessori education. Typically the home environment overwhelms all other influences in that area.”
Other areas where Montessori educated children excelled was in behavioral tests where they displayed an advanced sense of justice and fairness.

Want to join the discussion?
Feel free to contribute! 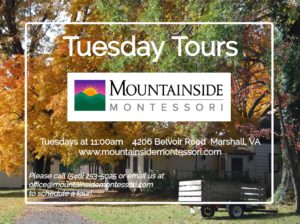