Mountainside Montessori provides the highest standards of Montessori education in an environment that fosters community, respect, and cooperation. We focus on the development of the whole child with a program that integrates free play in nature, environmental stewardship, sustainable agriculture, and foreign language into our daily work. By creating an environment that fosters agricultural education and the appreciation and internalization of Fauquier County’s history and values, we have built a community education center that welcomes all children to learn and grow together.

In 2016, the farm operation at Mountainside expanded to include pigs, goats, and chickens. In 2017, Mountainside opened a new Primary classroom and the Adolescent program moved to its own building – the original, newly renovated, early 1900’s residence on the property.

We adhere to the high standards of AMI (Association Montessori Internationale) education and the level of excellence that Maria Montessori envisioned. 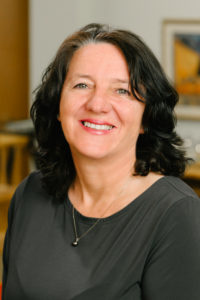 Edel Kunkel founded Mountainside Montessori School in November 2003 to give her daughters a Montessori education. Mrs. Kunkel’s first class moved into her newly finished basement in September 2004 and quickly grew to its 20-student capacity. In October 2007, the Kunkels received a Special Permit for 40 students, at which time their family moved out, and the building in its entirety was converted to a school. The Assistants to Infancy program, serving children from 18 months to 3 years old, began in September 2008 and also quickly reached its capacity.

In 2009, Mountainside families asked Mrs. Kunkel to pursue an Elementary expansion for their growing children, and in October 2011 a Special Exception allowed children from 7 to 12 years old to continue attending Mountainside at its current location while the school prepared for its move to the service district.

In June 2015, Mountainside families helped move the school to its new location on Belvoir Road. Summer camps were enjoyed by many, and the Mountainside community began the 2015-2016 school year in it’s beautiful, new Toddler, Primary, Elementary, and Adolescent classrooms.